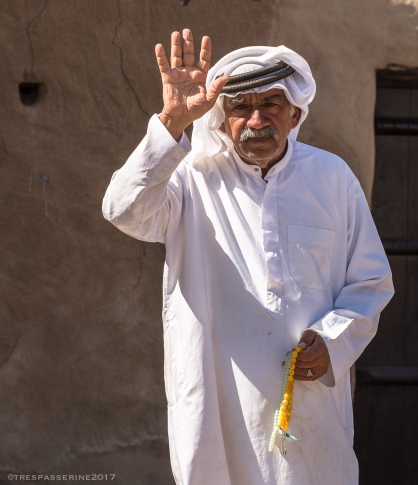 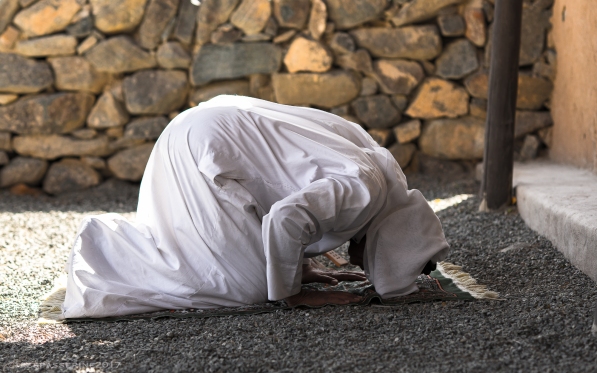 Flaming Eyes of Amber Blue Give the World a Solemn Hue.

A Night on The Town, Except There Is No Town, Only Night. 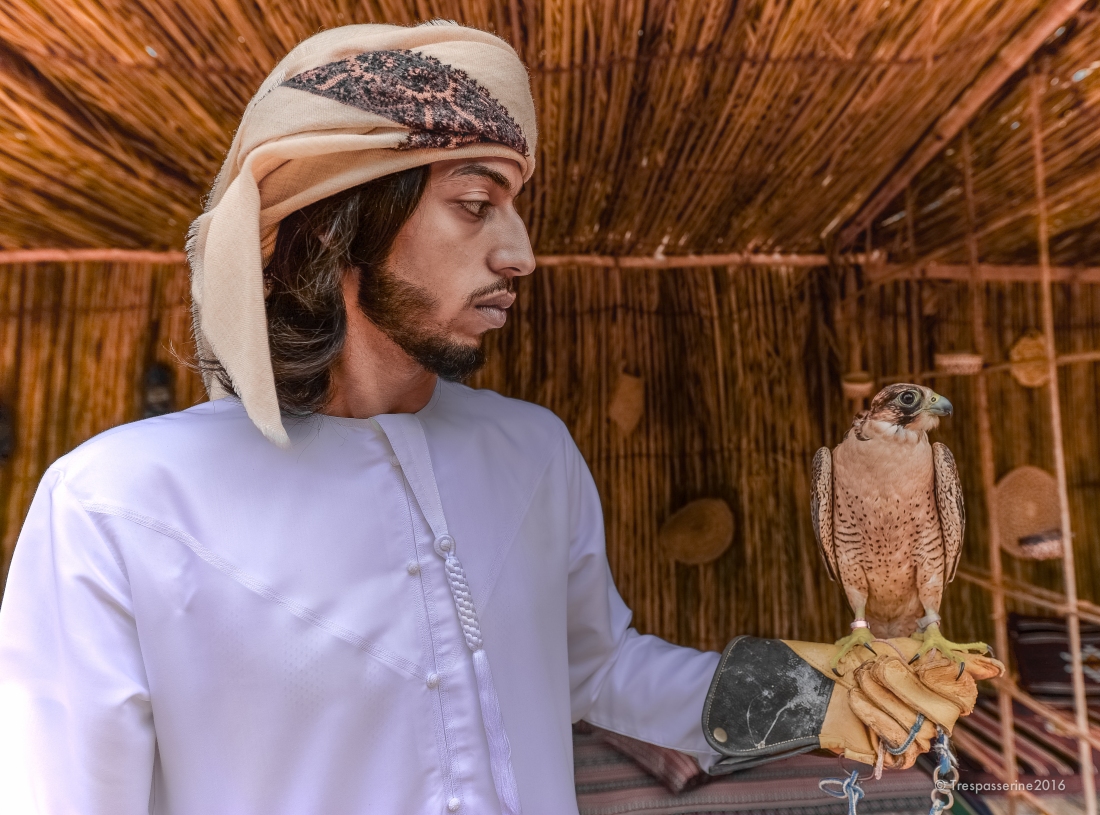 With the intense eyes, the long stately face, and the taciturn demeanour, this subject is a natural. Underneath the mantle of the modern man in a newly-modern desert kingdom there is still a vestige of the old Bedouin culture. 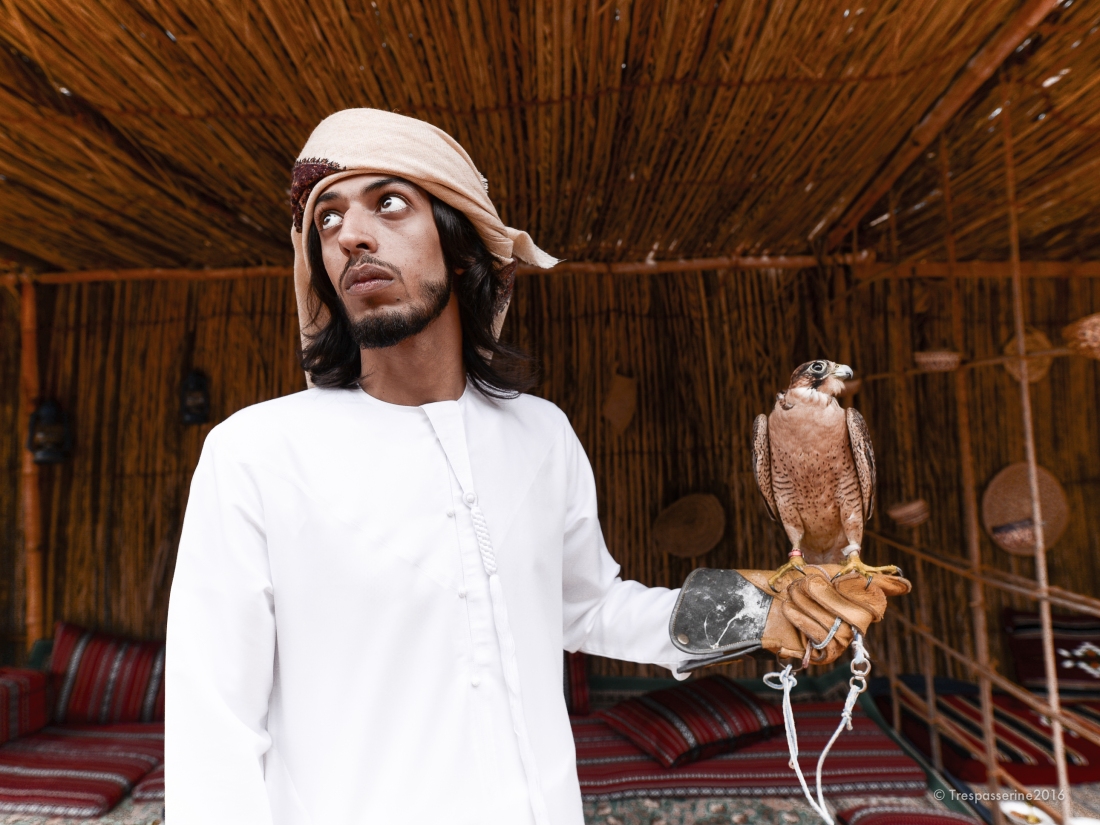 His partner-in-crime, the peregrine falcon (the one you see here in the picture is a smaller sub-species of its European cousin, adapted better for a hot, arid climate) is often captured in the desert, then trained by the Bedouin falconer to catch and return.

The bird is revered in Arabia for its speed, its agile grace in flight and of course its beauty.